You are here : Home > procedures > Cryolipolyse-Coolsculpting™

CoolSculpting™ is a cryolipolysis medical device developed by the American company, Zeltiq. It is the only technique which has held FDA approval since 2010 and CE marking, giving an effective treatment in complete safety. Coolsculpting™ is not a means of slimming but it makes it possible to remove localised fat non-invasively without surgery, selectively targeting fat cells by a process of freezing the fat, whilst sparing the other tissues.
With this non-invasive technology there are no needles, no anaesthetics and no social exclusion. Patients generally return to normal activities on the actual day of the procedure. This makes it a good choice for patients wanting a non-surgical alternative to liposuction. Cryolipolysis by Coolsculpting™ is carried out in Dr. Victor Médard de Chardon’s consulting room.
This cryolipolysis technology is solely available from doctors specialising in surgery and aesthetic medicine.

HOW DOES COOLSCULPTING WORK?

The scientific principles of cryolipolysis were discovered by dermatologists, Dieter Manstein, MD, PhD and R. Rox Anderson, MD, of the Centre for Wellman Photomedicine at the Massachusetts General Hospital in Boston, a teaching establishment of Harvard Medical School.
The doctors and their team conducted research which has shown that, in carefully controlled conditions, subcutaneous fat cells are naturally more vulnerable to the effects of cold than other surrounding tissues. The initial work, published in Lasers in Surgery and Medicine in November 2008, showed that:

WHICH AREAS CAN BE TREATED BY COOLSCULPTING?

Cryolipolysis applies to more or less the same areas as for liposuction:

WHAT ARE THE RISKS?

The main risk is insufficient results which then necessitate a 2nd cryolipolysis session to increase the result.

It should be noted that 2% of patients are non-responders. After one session, if there is no efficacy observed, it is likely that the patient is one of this 2% of non-responders and then liposuction is a reasonable option.

In exceptional cases (0.01% to 0.05%) paradoxical adipose hyperplasia may occur, i.e. thickening of the fatty tissue treated. In this case, liposuction is then the solution. 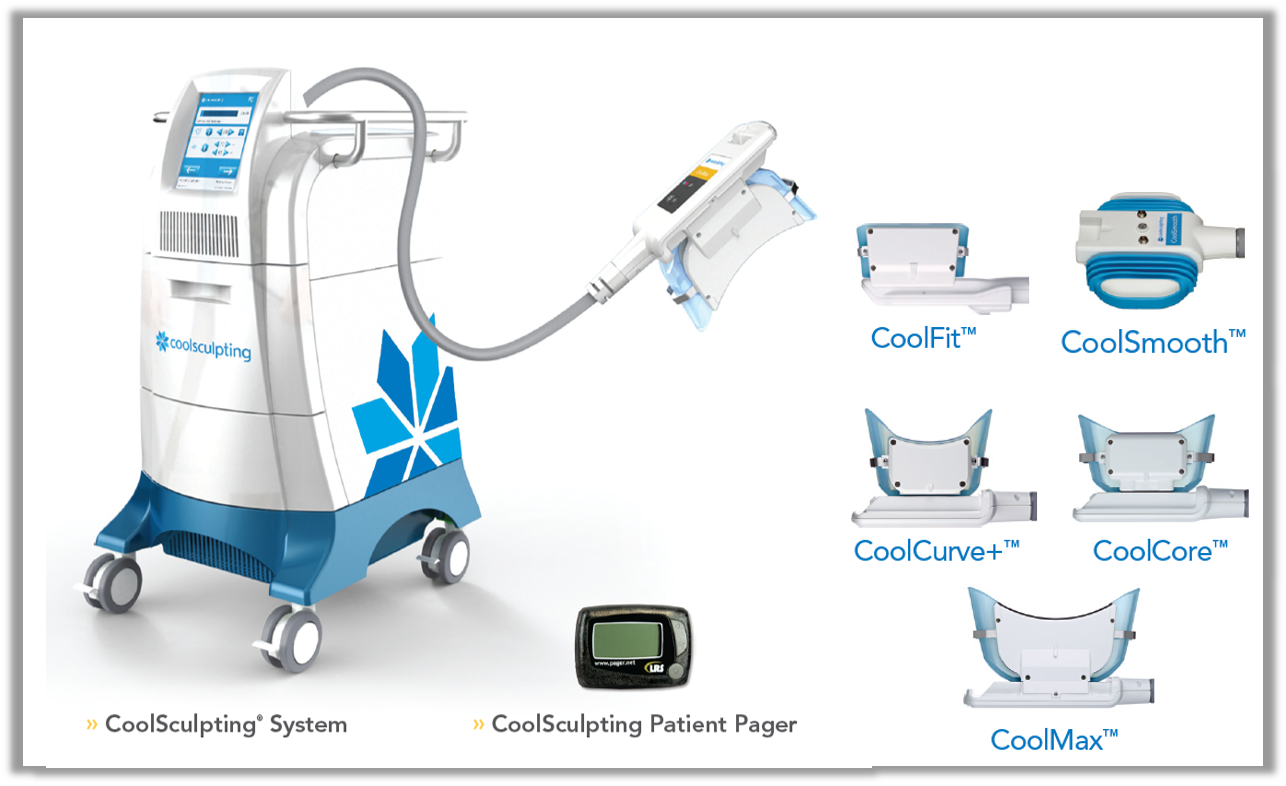